A Simple Explanation of Vapor Intrusion

Vapor intrusion has been a hot topic lately with many states as well as the federal Environmental Protection Agency (EPA) adopting or proposing new policies.  We would like to take credit for the following simple explanation of the basics of vapor intrusion but it was written by the EPA.

In extreme cases, the vapors may accumulate in dwellings or occupied buildings to levels that may pose near-term safety hazards (e.g., explosion), acute health effects, or aesthetic problems (e.g., odors). Typically, however, the chemical concentration levels are low or, depending on site-specific conditions, vapors may not be present at detectable concentrations. In buildings with low concentrations of volatile chemicals, the main concern is whether the chemicals may pose an unacceptable risk of chronic health effects due to long-term exposure to these low levels. A complicating factor in evaluating the potential chronic risk from vapor intrusion is the potential presence of some of the same chemicals from emission sources in the building (e.g., household solvents, gasoline, cleaners) that may pose, separately or in combination with vapor intrusion, a significant human health risk.

The simple conceptual model of the vapor intrusion pathway that is presented in Figure 1 illustrates a source of contamination in soil and groundwater and the upward movement of VOCs from this source toward and into buildings.” 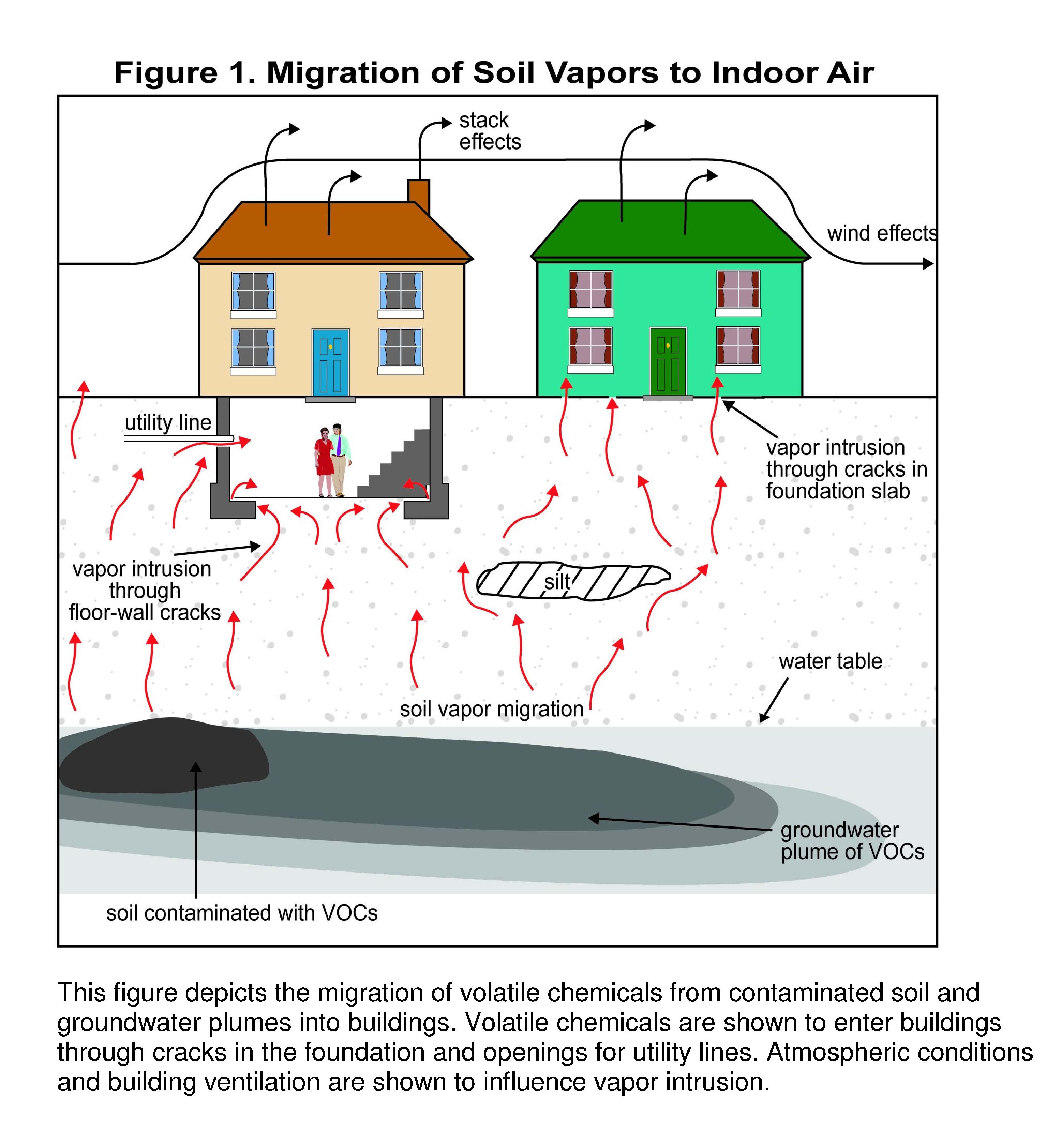 Do you need more information or have questions about vapor intrusion?  Contact Omni Environmental Group at 978-256-6766 or Info@OmniEG.com.

This site uses Akismet to reduce spam. Learn how your comment data is processed.